A Bath wedding with a difference 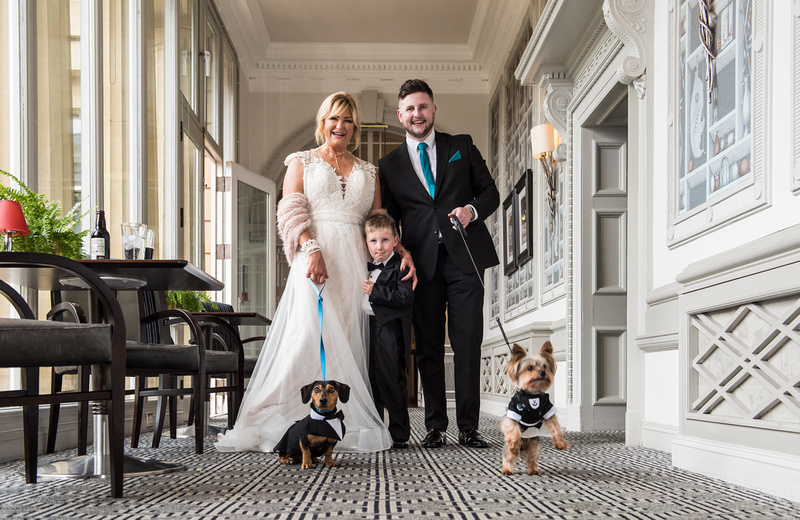 Dogs at weddingBride with family and dogs

According to the vet charity PDSA, 27% of adults in the UK own a dog. So by my reckoning, that means that roughly one in ten weddings in the UK involve one dog owner marrying another dog owner. This raises the question of what marrying couples actually do with their pets during the wedding day itself. While many doubtless call in their local dog-sitter, one couple whose wedding I photographed recently had a rather different idea. When K and J got married at MacDonald Bath Spa Hotel recently, they decided not just to bring their dogs, but to invite their guests to do so too! 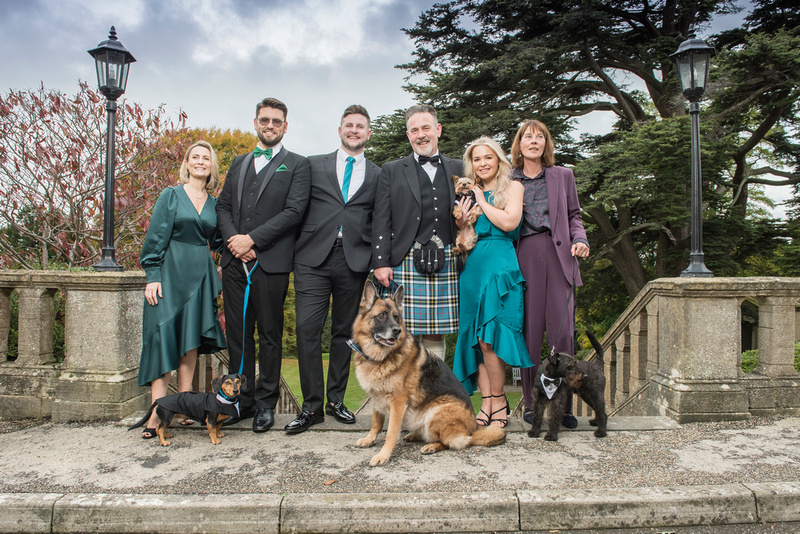 The idea worked brilliantly, as all the dogs were extremely well-behaved, and were happy to pose for pictures with their humans.... 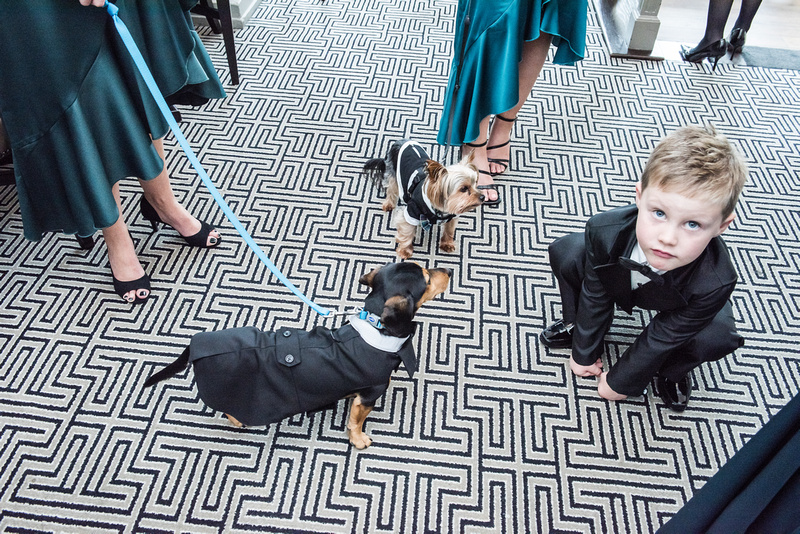 I particularly loved the rather fetching apparel the dogs were sporting! 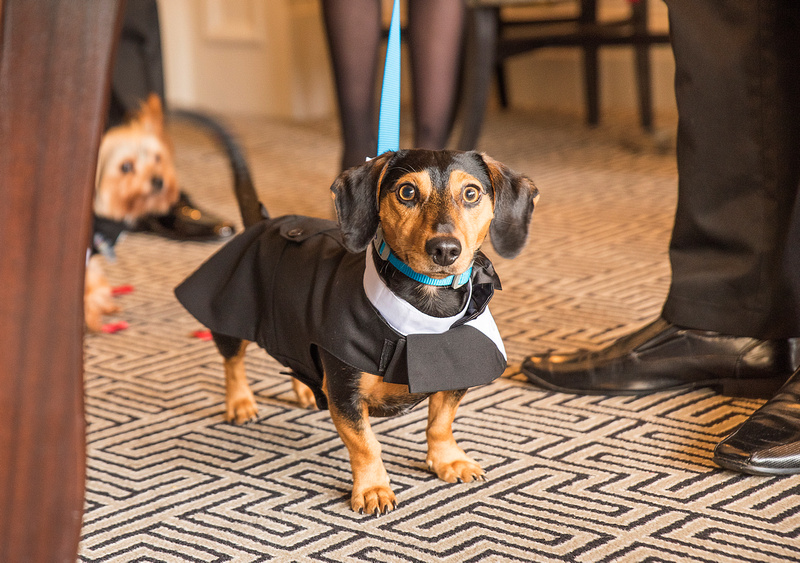 Squatting down enabled me to get a dog's eye view of the wedding in progress. 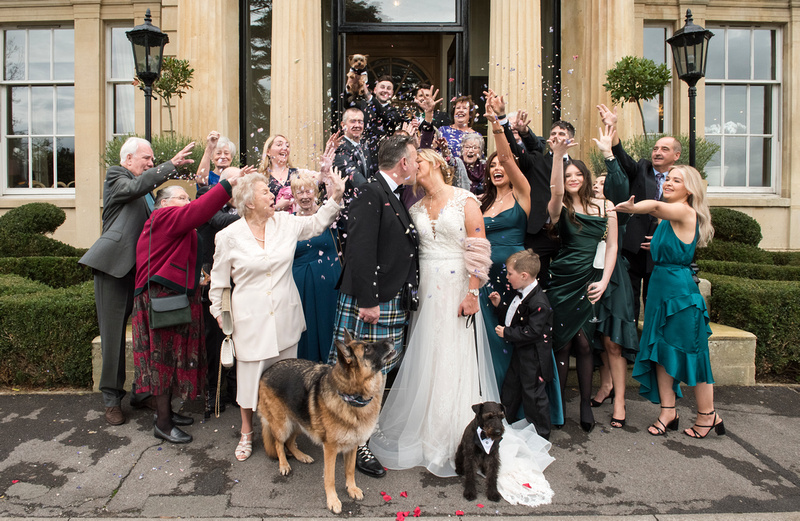 All in all, the wedding was an absolutely wonderful celebration of the couple's love for each other - and their four-legged friends.