Everyone knows that Bath is a lovely city to visit and a real privilege to live in. For its size, it really punches above its weight - it only has about 85,000 inhabitants, and so is only just big enough to be considered a city at all. But it's still the 12th most visited city in England - as well as one of the most photographed and most recognisable, with its iconic crescents, Abbey, and one-off structures such as Pulteney Bridge. Hundreds of people can be seen snapping away all day long throughout Bath, yet once the sun goes down, almost all of the cameras tend to get put away. But I wonder if many of these keen photographers are actually missing a trick, as Bath is no less photogenic by night, provided you've got a sturdy tripod - and know where to head for.

Here are my 5 favourite spots for night-time photography in Bath. 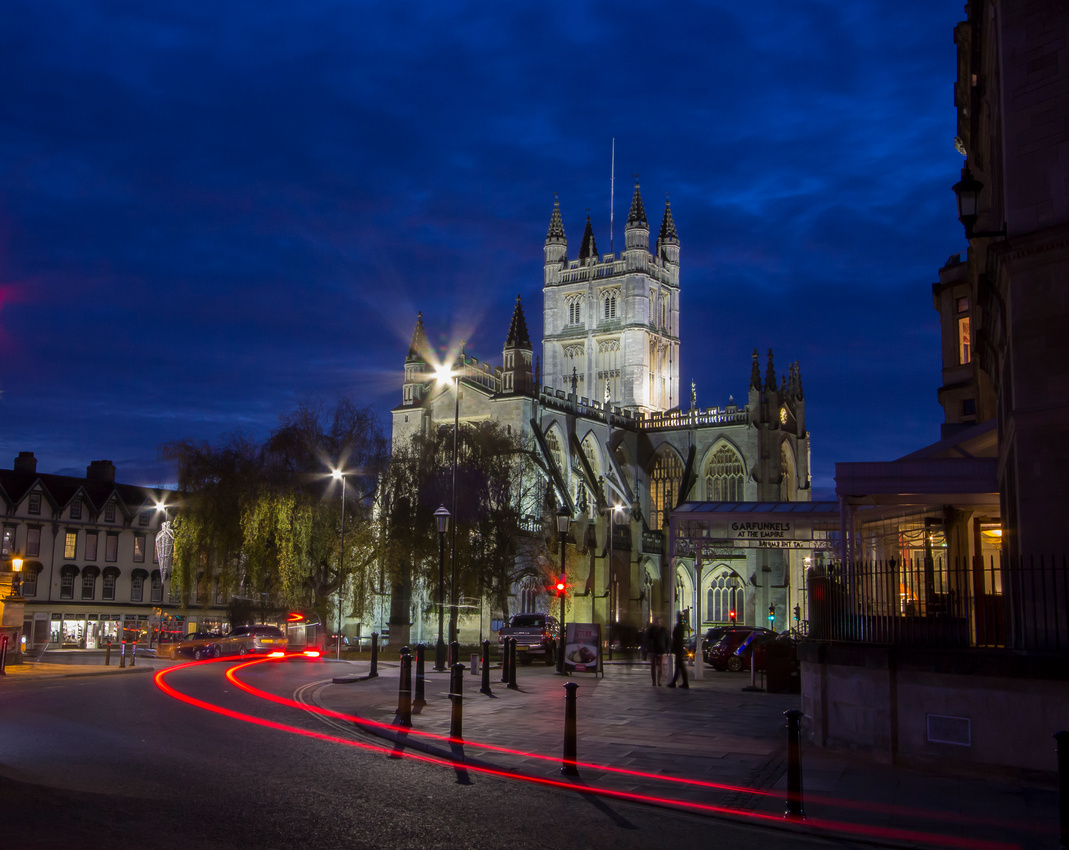 This sturdy, late Gothic structure is lit up in the evening, which is an ideal photo opportunity for dusk photographers. With a tripod and an obliging motorist, you can get a light trail leading into the photograph, as I've done here. I always think that vehicles' rear (red) lights make for a more interesting photo than the front (clear) lights. In Bath's labyrinth of one-way streets, it's worth bearing in mind which way(s) the traffic will be heading if you want to capture a light trail in your picture. This photo is taken by the A3039 outside the imposing structure of the Empire Hotel on Grand Parade.

In fact, this spot really is a BOGOF, because if you swing round 180 degrees, you come to spot number 2. 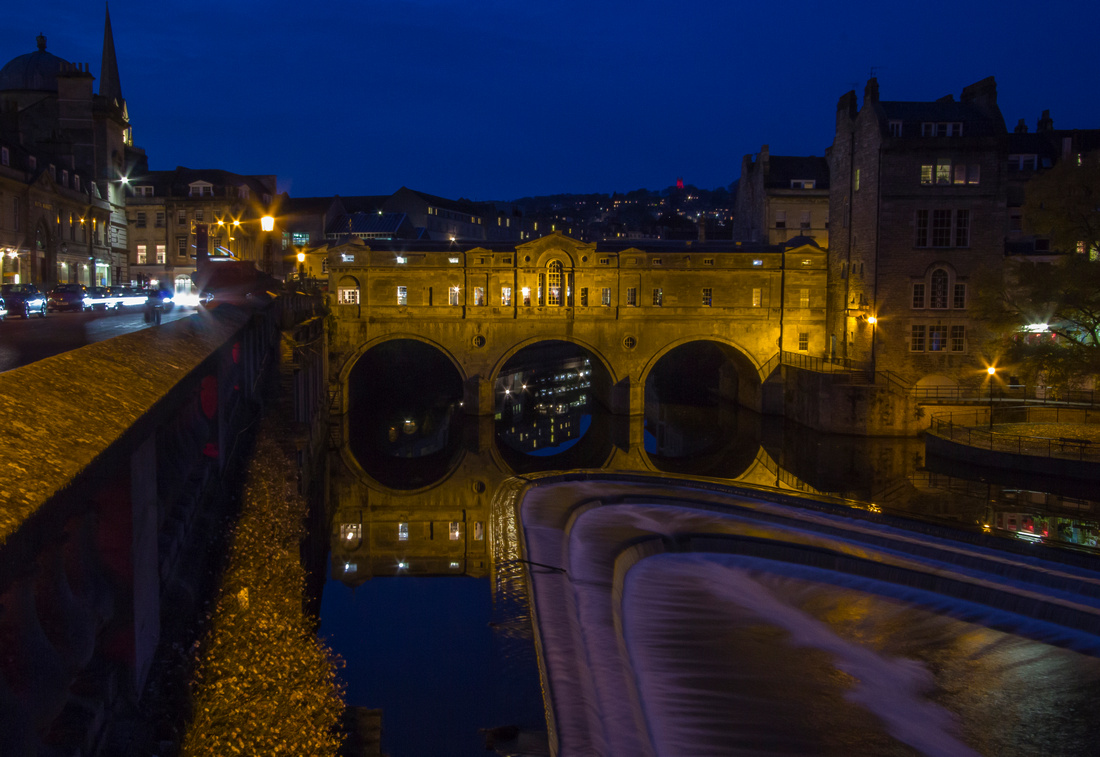 You need to be careful and sensible of course becaue it's quite a drop, but you can get a great view of the weir and Pulteney Bridge, which is remarkable for being one of only four bridges in the world flanked by shops on both sides all the way across. It was designed by Robert Adam and completed in 1774 to connect central Bath with the flourishing new suburb of Bathwick.

Ironically for such a spectacular city, Bath has a limited number of truly impressive riverside structures to tempt the photographer. Pulteney Bridge is the best known, but there is another just round the corner that is often overlooked. 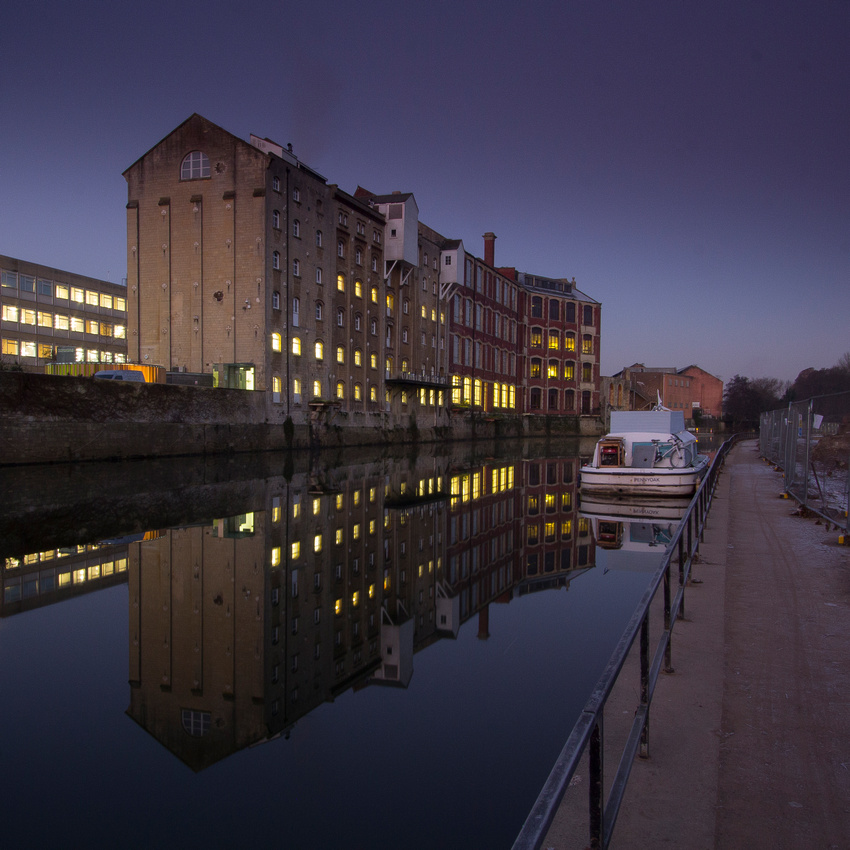 With the River Avon on one side and the Lower Bristol Road and railway on the other, these structures are very reminiscent of another Bath, which was once a thriving industrial town as well as a genteel spa. With a tripod and ND filter, the water is smooth and mirror-like, creating harmonious reflections.

But don't get too comfortable - as there's a steep hill to climb for the next location! 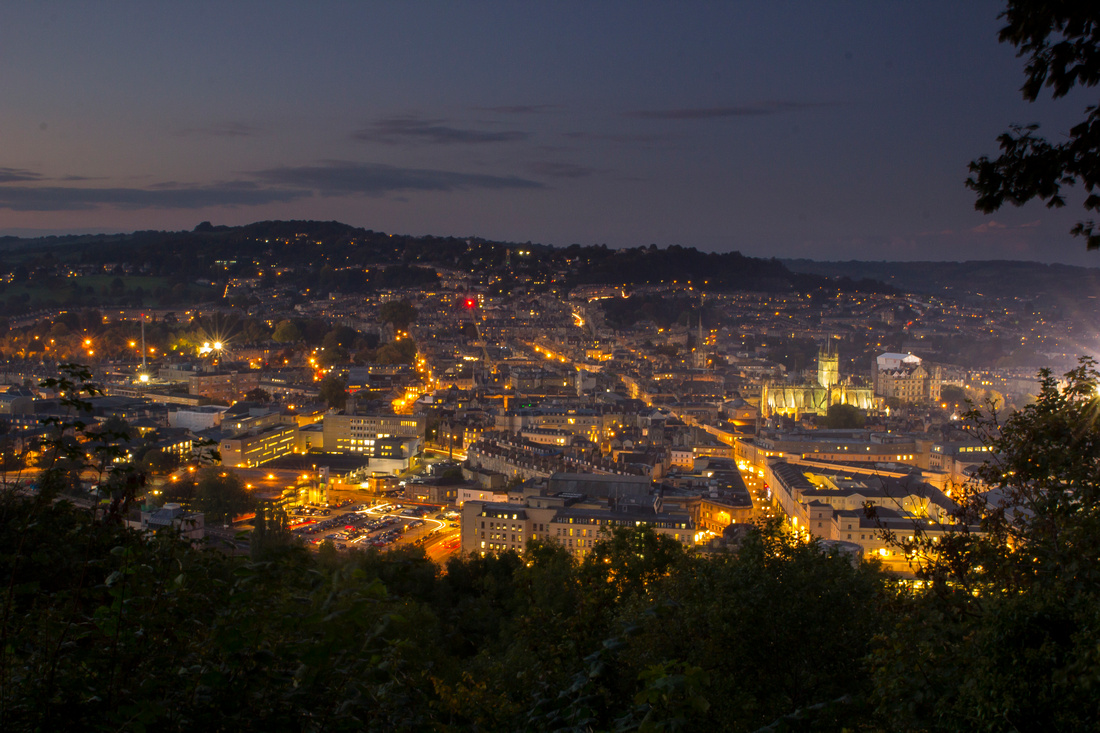 There are likely to be other photographers up here during the day, but when the sun goes down you'll probably have the whole place to yourself. I think this has to be the best panoramic view of Bath and its surrounding hills, and well worth the climb. If you spot a light glowing different colours on the other side of the city, there's a good chance that'll be our next and final spot. 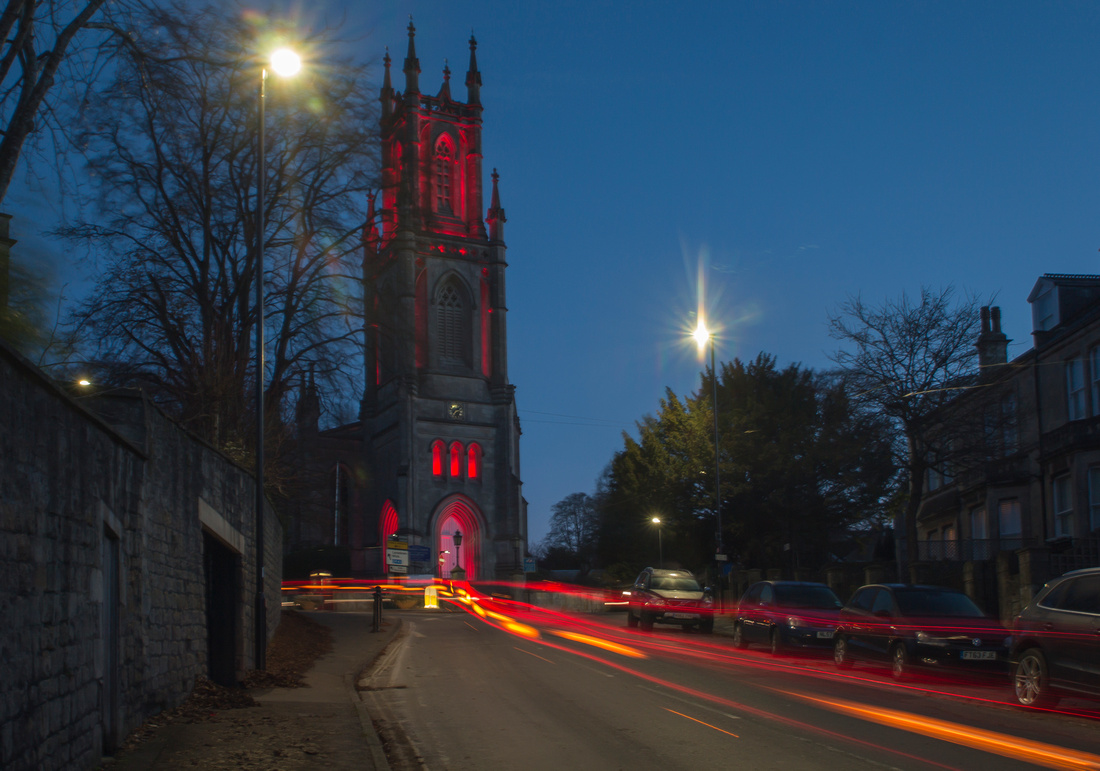 Occupying a commanding spot on the north side of the city, St Stephen's Church is one of Bath's finest Gothic buildings, and its abundance of pointy towers make it a good subject to photograph.

Anyway, happy photographing - and remember to take a tripod!