When I am taking someone's portrait, one of the first things I need to do is put the subject at ease, A great way to do this is through the use of props. A prop is essentially anything that appears in a portrait alongside the human subject, and a whole range of things can be used as props, as you'll see in this blog post. A carefully chosen prop can enhance the photo as a composition, and it can also help to tell the story about who the person in the photo really is.

The first example I'd like to show you is this lady who designs and makes wonderful colourful hats. Everything she makes is produced by hand, and so in this shot I have actually placed two additional hats over her hands to accentuate the connection between her hands and her creations.

The couple in the next picture (below) were celebrating their 60th wedding anniversary when they came to my studio for a shoot. They brought along framed black and white portraits taken on their wedding day 60 years before, which I photographed them with, underlining the link between then and now, and sixty years of happily married life in between. 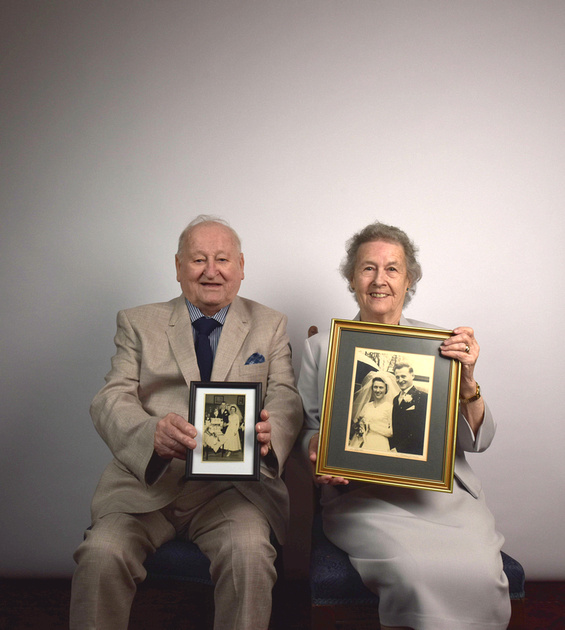 From a wedding anniversary to a pre-wedding shoot at the venue, and I couldn't resist positioning this couple in front of a sign saying 'Keep off the grass'. It provides a bit of cheeky humour which I like. 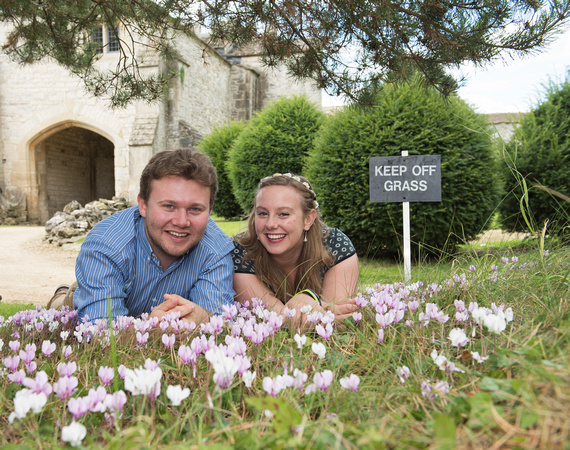 And now an actual wedding. You'd never guess it, but the couple (and many of their guests) are keen cyclists, and had the lovely idea of walking through a tunnel of bike wheels held aloft as they braved the confetti shower.

An unusual viewpoint can make a photo really attention-grabbing, but in the picture below, the balls make clear that a game of boules has just finished. 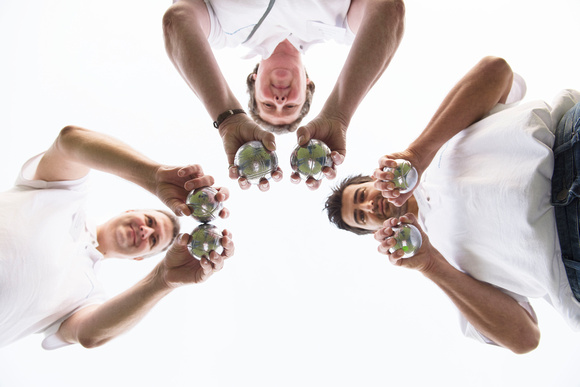